No Contracts
or monthly fees

Secure servers
in Canada only 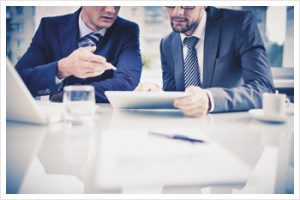 Is more really better? In the world of background screening the answer is usually YES! Do you know there is a standard criminal records check and an Enhanced version? The standard criminal records search will return an affirmative response from the RCMP if the applicant truthfully self-declares all of the indictable criminal offenses which he or she has been convicted of and has not received a pardon for.

The Enhanced search is particularly helpful when hiring an applicant who may be employed in some position of trust where a criminal record would be extremely risky. A standard check will not tell you that the applicant has been recently charged with an offense, and may not be appearing in court until after you have hired them. If the applicant were convicted of impaired driving, and you unknowingly hired them prior to their conviction, driving might be one of their duties. You would have no way of knowing of the employee’s recent conviction, unless they were to disclose it to you, and you could have an employee driving a company vehicle without a license. If an accident were to occur, the consequences would be disastrous.

Unless your company conducts regular rechecks, you might hire someone without a criminal record who is convicted after their hire date, and never know they have a record. If you were hiring someone to enter client’s residences to install or repair devices, you could be exposing your clients to unacceptable risks and should an incident occur, your company might be considered culpable as you had not done your due diligence.

Enhanced criminal records searches are not needed by everyone, but for those companies who should be using them, it is an invaluable tool. 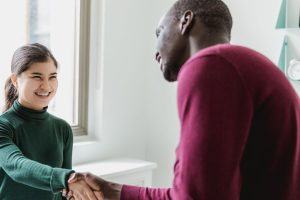 It’s easy to think that the bigger the organization is the harder it is to maintain control and know your people, thus keeping your business, customers and employees safe. While that is true to some degree, it is the smaller businesses and organizations that have more to lose when the worst happens – you’ve made a bad hire.

In larger organizations there tends to be overlap in employee roles and often there are backups for each role so that no one person is integral to the operation or completely responsible for important duties.

In small businesses, one employee is often responsible for wearing several hats and has access to more sensitive information, simply because the owner has no recourse but to trust the few people they hire. In many cases an employer must depend on one or two staff members to run their business if they ever hope to have a day off or any vacation time.

This is why it is so vitally important that small business owners conduct very thorough background screening, including criminal checks, detailed reference checks and verification of the applicant’s former employment. The reality is that many small business owners have neither the time or the experience in conducting these background checks. They are too busy running their company.

No matter how big or small your company is, CSI Background Screening makes your hiring needs our first priority, and we have over 15 years of experience in helping companies around the world to make informed hiring decisions.

We welcome you to the new CSI Background Screening website that has been a labor in the background to bring you the best experience possible when dealing with background searches. Whether your a new hire, or a company hiring a new employee, we know that the experience is much likened to extending a family.

Is it an apple or an orange? Comparing services Posted 21 January 2021